The Papas and the Mamas...

...welcome you to the Soundtrack to the 60s web site. Do you love the 60s? Our show is a truly immersive experience that gives you a unique way in which to relive the sights and sounds of that incredible decade.

Check out our latest promo!

2018 - 2019 We're currently booking for next season. Click here to contact us about playing your venue. We'd love to see you!

Author: Me Me
read comments (0)

We had a great time recently in South Florida. 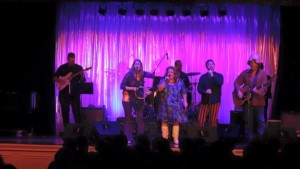 There have been two other Woodstock anniversary concerts, on the 25th and 30th anniversaries of Woodstock, but neither came close to the magnitude of the original Woodstock. The 25th anniversay concert drew about 350,000 people, and the 30th about 200,000 people. Gradually, Woodstock ’69 becomes a distant memory, but I hope the world will never forget that the young people of the ’60’s COULD and DID congregate in massive numbers for the simple common purpose of listening to good music and promoting peace.

Woodstock the movie is a 1970 American documentary of the watershed counterculture Woodstock Festival that took place in August 1969 at Bethel in New York. Entertainment Weekly called this film the benchmark of concert movies and one of the most entertaining documentaries ever made. The film was directed by Michael Wadleigh and was edited by (amongst others) Martin Scorsese and Thelma Schoonmaker; Schoonmaker was nominated for an Academy Award for Film Editing.rmony, and brotherhood among mankind.

Woodstock received universal acclaim from newspaper and magazine critics in 197 It was also an enormous box office smash. The May 20, 1970 edition of Variety reported it was doing well in its third week in Chicago and San Francisco. (The trade paper used the insider term “lap” to mean “week” in the headline that cited Woodstock’s $52,000 profit in Chicago.) In each of those metropolitan areas the movie played at only one cinema during that week, but many thousands showed up. Eventually, after it branched out to more cinemas including more than one per metropolitan area, it grossed $50 million in the United States. The budget for its production was just $600,000, making it not only the sixth highest grossing film of 1970 but one of the most profitable movies of that year as well.

In 1996, Woodstock was selected for preservation in the United States National Film Registry by the Library of Congress as being “culturally, historically, or aesthetically significant”. An expanded 40th Anniversary Edition of Woodstock, released on June 9, 2009 in Blu ray and DVD formats, features additional performances not before seen in the film, and also includes lengthened versions of existing performances featuring Creedence Clearwater Revival and others.

There was two shows at the 1969 Woodstock Music Festival. One was on stage. One was the people off stage This is my montage of the people and face’s of Woods…

The band was recently asked to provide vocals for a documentary about North Carolina’s Moral Mondays. Check out their work below!